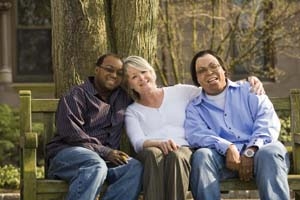 “I talk to the guys at the hospital everyday. I tell them that if I can survive so can they.”

Staff Sergeant Christopher Edward’s life was changed in a second during a tour in Baghdad for the U.S. Army, when a roadside bomb left burns on over 80% of his body. Even the most mundane tasks are harder for him to complete on his own after partially losing several digits, but he asserts, “My goal is to be as independent as possible.” On top of overcoming his daily, acute pain, Christopher helps other burn survivors at the Brooke Army Medical Center in San Antonio every day. He also hopes to volunteer at burn camps, and says, “The biggest thing is that it teaches them there’s life after the burns. There’s still stuff they can do. There are things they can contribute to and have fun with.” Edwards continues to inspire others with his words of experience, assuring,”Everything you do you have to adapt to your new limitations. Everything hurts. But some days are better than others.”